There are two topics I always stay clear of — religion and politics.

However a recent YouGov survey overwhelmingly points to our president and his online behavior — as our country is rising in digital discourse, POTUS is now considered a chief in cyberbullying.

According to the recent survey, 61 percent of Americans believe that the leader of our land is a cyberbully.

Is it a blue verses red? 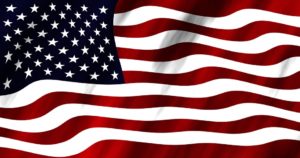 Two in three Democrats think that cyberbullying has increased while only one in three Republicans feel it has become worse. Interestingly, more than half of the women polled believe that online bullying has worsened but men are less convinced at 47 percent.

When the First Lady announced her desire to champion cyberbullying, many were skeptical however hopeful. If there was ever a cause that needed to be addressed, this one is high on the list.

Dr. Michele Borba, an educational psychologist and bestselling author of UnSelfie, shares in Shame Nation when discussing how empathy is our way out of online cruelty:

“This is a human disaster, not a natural disaster,” she says. “We caused it, we can turn it around. Empathy can be cultivated; we just have to work it into our parenting agenda.”

YouGov data revealed 60 percent of people haven’t heard a peep about FLOTUS’s efforts to tackle online bullying or this rise in shame nation. We are now at a point where 84 percent of Americans are experiencing incivility, 69 percent blame the Internet and social media while 59 percent eliminated politics from their conversations to alleviate negativity in their lives.

Interestingly more than half (59 percent) of the YouGov respondents believe that FLOTUS shouldn’t have to handle the issue of online abuse by herself. They noted that social media platforms should play a greater role in preventing cyberbullying.

No one will argue with that, but rather than pointing the fingers at others, wouldn’t it be more beneficial to join with all those social media platforms for a bigger cause? As we know the cliché — there is no “i” in team. Let’s work together.

When it comes to team work, some of the biggest players in curbing cyberbullying and digital hate as well as promoting online safety have been interviewed and asked if they have been contacted by FLOTUS or any of her associates from the White House:

“She nor anyone at the White House has contacted us. You’re the 50th person to ask,”Justin Patchin, who is the co-director of the Cyberbullying Research Center, told the Globe. “We know everyone in the field. And we don’t know anyone she’s reached out to.”

“After Melania Trump announced that she wanted to address cyberbullying, we have consistently said we’d be willing to work with her,” Stephen Balkam said. “But I’m not sure if anyone has publicly heard from her or her office.” – [Founder & CEO of Family Online Safety Institute]

Where do we go from here?

Be careful not to perpetuate the hate with more anger and verbal violence (online or off). If you endorse digital discourse or forward mean memes, you are only continuing this rise of incivility. Don’t get caught up in the cyber-combat.

Let’s be mindful of our posts, what we share and who we endorse. Be careful not to be part of a campaign of hate. Remember, we can get more done as a team to bring this shame nation to a sane nation. Order Shame Nation.