Fat Shaming: Men Are Victims Too 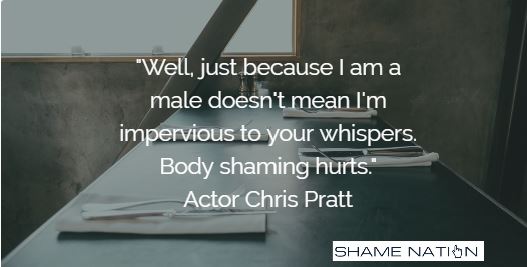 Typically when we hear of body shaming or fat shaming we think of women or young girls. Rarely do we see or hear about men being targets of harassment for their size.

Body shaming has no boundaries. From babies to kids to teachers to parents and most of all — celebrities. If you’re online, sadly growing a thick skin to digital cruelty is a must. In March of 2016, actor Wentworth Miller (Prison Break star) was the target of a mean meme because of his weight gain. He addressed his critics in an open letter about his depression and being suicidal. “In 2010, semi-retired from acting, I was keeping a low-profile for a number of reasons. First and foremost, I was suicidal.”

Recently actor Chris Pratt found himself facing the ugly side of the web when trolls decided to mock his latest video series on Instagram called “What’s My Snack” to engage his fans on what he’s eating during the filming of Jurassic Park 2.

“Well, just because I am a male doesn’t mean I’m impervious to your whispers. Body shaming hurts.” – Chris Pratt 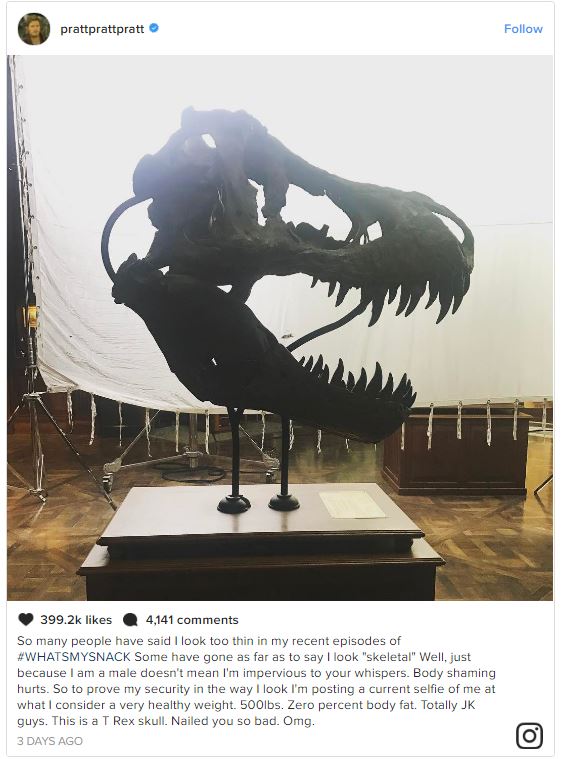 Many people believe that just because these individuals are celebrities it doesn’t matter. Don’t fall into that trap. Celebrities may have publicists, they may have social media assistants or even “people” that manage things for them — but they still have feelings like everyone of us. Do we really believe they don’t bleed if they’re cut? They are human beings.

Treat them with the same respect you would treat your friends or family online. If you don’t have anything nice to say, pause — before you consider posting it online. There’s nothing wrong with constructive criticism, but there’s nothing right about cruelty.