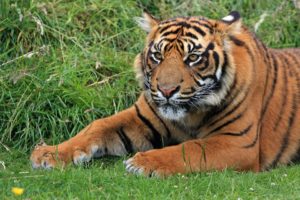 How many times can you poke a tiger before it attacks?

How many times can you insult people before they have had enough – and retreat (sign-off). They typically don’t have the strength of a tiger.

The list of celebrities that have left social media after being maliciously and viciously attacked by internet trolls is growing strong.

The trending hashtag #RIPBeliebers wasn’t what I initially thought, (the death of a celebrity), but it was the end of his social media account on Instagram when Justin Bieber decided he had enough of people judging him and his relationships — he signed off — and 77.9 million of his followers will have to find another hobby.

The Olympics should be an exciting time – instead we have to read about one of our country’s leading gymnast’s, Gabrielle Douglas, being taunted, bullied and teased online for not placing her hand where people thought it should be during an award ceremony. Who are they to judge? In 2012 they picked on her hair! When is enough — enough?

As we all know, celebrities, sports figures and public figures are generally the targets of cyber-trolls, but bullying has been around for generations. If we don’t address it offline, it bleeds online.

The headlines of Daniel Fitzpatrick sent shock-waves through anyone with a pulse that read the story of the 13 year-old boy that cried out for help  after being bullied at his private Catholic school in Staten Island, New York. He left a suicide letter that outlined how he was relentlessly bullied by five boys and how the teachers wouldn’t do anything. Daniel said, “I gave up.”

It’s chilling to read those words from a young teenager that is no longer here – a youth that doesn’t have a second chance at life – someone that won’t get the opportunity to understand that these bullies are people that lack empathy, or maybe haven’t been taught how to care for others. Hurt people — have a tendency to hurt other people. It’s such a sad, vicious cycle and it won’t bring Daniel back.

What must happen is this has to become table-talk for all families across the globe; it’s about awareness, prevention and most of all – education. We can’t allow Daniel’s death and the death of the many others before him to go in vain.

With the awareness that we are now living in a society that shaming has become almost second nature and verbal abuse is still taking the lives of our youth – it’s time to say #WeCanDoBetter – we must do better. 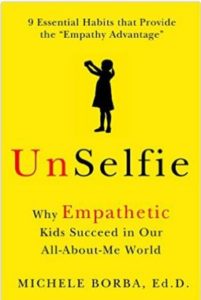 One of my favorite books that was released this year can help turn this negative behavior around is written by my friend and colleague, Dr. Michele Borba, leading Bullying Prevention Expert and Educational Psychologist. In her twenty-fourth book, UnSelfie, which offers 9 Essential Habits that Provide the “Empathy Advantage”, opens your eyes to easy steps to implement compassion, caring and kindness into your life and your family’s lifestyle. Empathy is the key to combat cruelty.

It also outlines what bullying is. Many are confused since the word has been over-used, which can be why some people don’t intervene.  Dr. Borba recommends you teach your child the definition of bullying by using the acronym CAP:

Dr. Borba will also be featured in SHAME NATION, as she explains the emotional aftermath from harassment and online bullying (it’s only children), but about the grown-ups too.

Daniel Fitzpatrick’s sister set up a GoFundMe page. Proceeds will be donated to organizations for bullying prevention and education as well as suicide awareness.