How Online Shaming Impacts Your Business

By now everyone understands that your online reputation can literally make or break your business. Online reviews can be the death of a company but have you also considered what it can do to your hiring power? 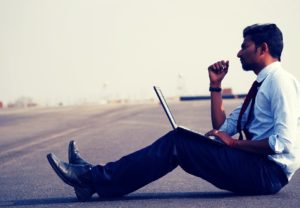 CareerBuilders recently released their latest survey which revealed that 71% of workers will stay away from companies that have negative publicity. This bad press can also bring down morale in the workplace, increase voluntary turnover and bring down your sales.

Women were more likely not to apply to companies experiencing bad publicity than men according to this survey. In the recent PEW Research survey, 70 percent of women also viewed online harassment as a major problem verses 54 percent of men believe it’s an issue. Especially young women experienced sexualized forms of abuse online at much higher rates than men. Some 21 percent of women ages 18 to 29 report being sexually harassed online.

As we witness a time in our country when incivility is on the rise, 75 percent of Americans believe it’s up to us to change the tides according to the Civility in America survey.

From watching major corporations take on celebrities in tweetstorms, to a restaurant attempting to adjust to new legislation, social media can take on a life of its’ own and your company can be left lifeless.

The shame factor and the bottom line.

The CareerBuilders survey noted that more than a quarter of employers (26 percent) say their company has experienced negative publicity, resulting in a hit to their hiring process as well as other areas. Bad press and online shaming impacts employee morale, higher voluntary employee turnover and a decline in sales. Businesses with negative publicity turns off candidates from applying, so companies will risk losing potentially good applicants due to a smear campaign or other forms of unflattering content online. The loss of revenue is why employers must address these issues immediately or may potentially risk going out of business.

Today 90 percent of people rely on reviews posted online before they purchase or use a service, yet shockingly, 1 in 5 people will admit to writing false reviews of products or services they have never used according to a YouGov survey. The bottom line is, your online reviews can literally cripple your company.

Being proactive, being positive.

While negative news travels faster in our social world, companies should share their positive news to strengthen their company overall. This is what online reputation management is about and why people need to learn to maintain it regularly. When [if] a digital disaster does occur, you are already prepared for it.

In my upcoming book, Shame Nation: The Global Epidemic of Online Hate, we discussed with Rich Matta, CEO of ReputationDefender, the rise of online attacks towards businesses. “We’re seeing an enormous rise [in] online attacks for three main reasons,” he says. “First, attackers now understand that online attacks have significant potential to negatively impact their intended targets—and they’re growing more sophisticated, selecting approaches that maximize damage.” You can read his entire interview in Shame Nation being released on October 3rd, 2017.

Previously a CareerBuilders survey shared how social media can impact your chances of landing a job. In reality everyone has social liability they need to be responsible for – both the employer and the potential employee.

When corporations encounter negative publicity or you have been through cyber-warfare online, it’s important to address digital disasters swiftly and professionally. As with many trolls, arguing with them can only fuel the fire and increase your exposure. It’s imperative to be proactive, not reactive in these situations.

Being proactive means building your social authority online of your brand with positive outreach to people. If your audience knows you and what you stand for, they will be less likely to be influenced by a ban of pesky trolls.

What you need to realize is this is an ongoing process, as online reputation management is. The majority of people will write reviews when asked, old reviews become irrelevant (which is why this has to be a continuing process), people will trust strangers online and your website better be updated since it’s more than likely it will be visited.

Don’t wait for a digital disaster to happen – be proactive today. Build your social authority with your brand now.