The Emotional Impact of Social Media and Online Hate

Ways to encourage your teen to have a healthier relationship with technology. 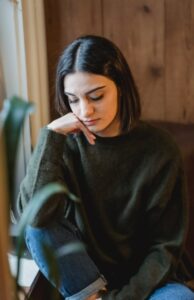 Social media was created to make people socialize virtually, and that has been possible to some extent. There are multiple other benefits of social media as well, but the question is do the pros outweigh the cons of social media.

If you aren’t wise enough, things can get worse while using social media platforms. Especially with teens, with a lot of free time and the lack of proper guidance, things can go south for them.

Impact of social media on teens

We all have heard of so-called “social media platforms,” but are they really social?

Some people use social media purely for socializing, but not everyone has similar intentions. The internet can be harsh, and people with bad intentions make social media not social at all. Social media doesn’t depict real human interaction and doesn’t help with the social skills of teens. There are some people on the internet that can be narcissists and are there to promote themselves instead of caring about others.

Social media has taken many teens with its toxicity. Different studies support the fact about social media causing depressive symptoms in teens or everyone in general.

A study conducted at the University of Pennsylvania revealed increased loneliness and depression with the high usage of social media. It’s hard to digest the negativity, racism, body-shaming, and harassment that young people face online.

Cyberbullying and unrealistic expectations (such as filtered posts and highlights of peers’ lives) can also contribute to depression or anxiety in teens. Some young people may believe they are less-than the average teen with this false sense of reality.

The misinformation has been on the internet for a long time, be it about fat loss or even the potentially dangerous and lethal challenges such as the Tide Pod Challenge. Teens are becoming vulnerable and trying to take their lives by getting addicted to the self-destructive content on the internet.

Set limits and monitor the usage

Most of the social media problems are caused by the overuse and addiction of the platforms.

While spending more time on social media, we tend to forget the real world and get lost on the internet.

A 2019 study suggests that people who spend more than three hours a day on social media might be more at risk of mental health problems. Now, most platforms also have a “your activity” feature where you can check the total time you’re spending there. This can help your teen keep track of their social media usage.

Actually being able to monitor their online time, gives them an opportunity to adjust their digital habits.

Like we said, social media isn’t social, so we encourage you to spend more time on live conversations. That way, you get to socialize and learn more from different people and perspectives. Having face-to-face interactions with people in real life helps you deal with loneliness and reduces the isolation factor from your life.

Now in the generation of the internet, everything is there at the tip of your finger. You could get the best out of social media by following influencers that inspire you. You can also use social media to learn, as ample pages share informative content that adds value to people’s lives.

Encourage your teen to find people on social media that have common interests (hobbies); those that they can learn from and who can give them inspiration.

The impacts of social media on teens can get horrific, but digital life can also get better if you support your teen, monitor the usage, and give them tools to handle online hate.

Being an educated parent will help your teen have a healthier relationship with their digital life.

Order Shame Nation book today for you and your teenager. Great resources, advice and information to help you navigate social media.