Shame Nation: The Rise of Incivility in America 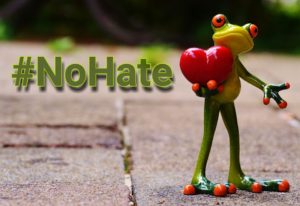 Times in our country have never been more conflict-ridden. In a new survey, Civility in America conducted by Weber Shandwick and Powell Tate with KRC Research, they revealed there is a severe civility deficit in our country. Sixty-nine percent of Americans blame the Internet and social media as the cause – not surprising given that one in four have experienced cyberbullying or incivility online.

What are Americans saying?

“Social media is full of uncivil acts. Trying to remember what the most recent would be is difficult as it’s in my feed pretty much all the time.”

“In commenting on a social media question, I got blasted for not going along with everyone else.”

“Usually social media is full of uncivil people. Sometimes you can’t even comment on a status without someone trying to argue and prove points about something you don’t care about.”

Being respectful to people is not only about online, it’s has to do with our way of life and how we treat people offline too. In this latest poll of Americans surveyed:

• 59 percent quit paying attention to politics because of incivility

• 34 percent have experienced incivility at work

• 25 percent have experienced cyberbullying or incivility online, up nearly three times from 2011

What does civility mean to Americans?

According to the survey, although Americans recognized the shortage of civility in their daily lives, they can easily describe what it means to them.

“Being civil — thoughtful, kind, sympathetic, able to get along with others, understanding in thought and word.”

“Respect and honor people as you would like to be treated.”

“Observing the rules of social etiquette, even when one disagrees.”

“Treating one another with mutual respect.”

“The act of being civil. Remaining polite, even if you don’t necessarily want to.”

“Tolerating people and things you don’t like for the sake of peace within a group.”

No one is immune to incivility.

It’s rare that anyone can escape rudeness today. Leading the pack is road rage at fifty-six percent followed by almost half of Americans experience impoliteness when shopping at forty-seven percent.

They Internet is still a place of troubled waters with twenty-five percent of Americans reporting they have experienced online cruelty or cyberbullying compared to only nine percent in 2011.

Staying above the fray of incivility today and improving civility.

How do we ignore the negativity that is streaming down our news feeds or on our television and radio?

Fifty-nine percent of Americans said they started by eliminating all conversations that were related to politics because of the negative tone and incivility. Fifty-three percent of people stopped buying from companies where they were treated rudely while twenty-two percent of parents actually transferred their child to a different school because they were treated badly.

It’s clear that Americans want to see civility improve across the country. Almost half recommend civility training classes in schools and colleges. Over fifty percent believe the onus can be on social media sites and search engines for not doing a better job at curbing the rampant onslaught of fake news.

Seventy-five percent of Americans believe, in order to improve civility in our nation, it starts with us. We are the role models, we must lead by example. Sixty-six percent of people continue to encourage their friends, family and colleague to be kind to each other while seventeen percent will post stories or photos of people who act uncivilly.

How will we turn our shame nation to a civil nation?

Let’s begin by taking the “civility challenge.” We should take that challenge on. As Americans, we collectively recognize we have a civility problem, even a crisis, on our hands. Yet, while we agree on what civility means, we don’t see ourselves or even the people close to us as part of the problem. Each of us should take a closer look at our actions on a daily basis and evaluate if our own behavior may be having a deleterious impact on others.

Refrain from posting or sharing uncivil material online. While this is intuitive and perhaps simplistic, half of all incivility is encountered in search engines and on social media. What may seem civil to the poster/sharer, may be considered very uncivil to others. Through sharing and liking, our content often gets seen by people who aren’t our direct social media contacts. If we want to set an example of civility, we need to be thoughtful about the implications of not just our real-life actions but our online actions as well.