Shaming for a Cause? 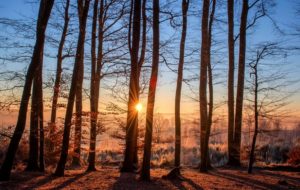 In Shame Nation we discuss different situations where online shaming was all the public had. Was this considered shaming for good? Maybe shaming for a cause?

Recently the headlines pointed to a young female hunter, only 27 years old, that apparently took her own life after being harassed online by animal activists.

Personally, I’m an animal love, however I’m not someone that would judge others for their passions. Melania Capitan shared her love of hunting with her thousands of Instagram and Facebook followers (nearly 40,000). If you don’t like what she did, I’m curious why the cruel people and animal activists simply didn’t click-out?  She wasn’t doing anything illegal. According to articles online, she was hunting the same animals many hunters (men and probably women too) do – such as deer.  I would never rise to the level of shaming people online and to a point of harassment, when you have the option of so many other spaces online that could bring you enjoyment – why would you linger in places that anger you? Again, she wasn’t doing anything illegal.

Even after her death, according to the Daily Mail, the cruelty continued on her Facebook page:

One person wrote: ‘You have done a favour to humanity! Bye Bye.’

Another commented: ‘She is alive, do not worry, what happened is that she left hunting and now is in the casting of the series The Walking Dead.’

Sadly, this is the rise of Shame Nation.