Shaming the Helpless is Rising 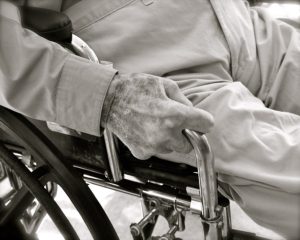 In a 2016 according to ProPublica there were 47 instances of nursing home and assisted living shaming incidents that involved either shared photos or videos of residents on social media networks. As of June 2017, it’s increased to 65.

How far can society dip when you have to insult people that are helpless? Do you not realize that someday you may be in their exact situation? Maybe worse? How will you like if some young intern decides to Snap a viral image of you in one of your embarrassing moments?

In January 2016, a nursing assistant admitted to taking video of a 93-year-old woman with Alzheimer’s disease sitting on her bed in a bra with no underwear or pants.

In May 2016, a nursing assistant posted a video on Facebook of a resident sitting in the shower room, with smiley face emojis obscuring her face. The video showed the nursing assistant holding up the resident’s white hair, asking “Is this your hair? Is this the best you have…?” before using an explicit word, which was censored in the government inspection report.

In February 2017, a community member notified the facility administrator of a skilled nursing home that an employee sent a photo over Snapchat of a resident’s buttocks and a staff member holding a bowel movement in the palm of a gloved hand. The photo included a caption that said something to the effect of “This is what I do at my job.”

In March 2017, in a video posted to Snapchat, an employee yelled “Stupid girl” at an 82-year-old woman with Alzheimer’s disease, The Post and Courier reported. In the video, an employee also said, “Betty, your mama’s stupid.” Two employees told officials at the facility that they believed their actions were funny, the paper said, and they were both fired.

We’ve reached a low point in society when people find humor in disrespecting those that can’t fend for themselves. It’s disgusting.