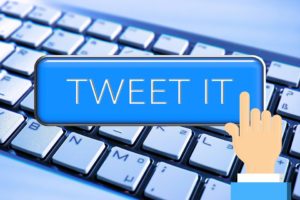 Two topics I never like to venture into is politics or religion. Why? Simply because they are personal choices and I don’t believe we have a right to judge people. It’s not about right or wrong, but about opinions. I respect people for what their beliefs are, I don’t expect them to push them on me (or anyone) – and I will give them the same treatment.

So when we discuss the recent headlines, I’m going to approach him as an adult person, who happens to be the President of the United States (that we can assume is a smart man) however he seemed to make some very poor digital choices. I’m sure many are saying, well this isn’t the first time (and whether I agree or not, I’m going to not comment).

During a Thursday morning airing of Morning Joe, President Trump took to Twitter has he typically does, venting his feeling towards the hosts, Joe Scarborough and Mika Brzezinski: 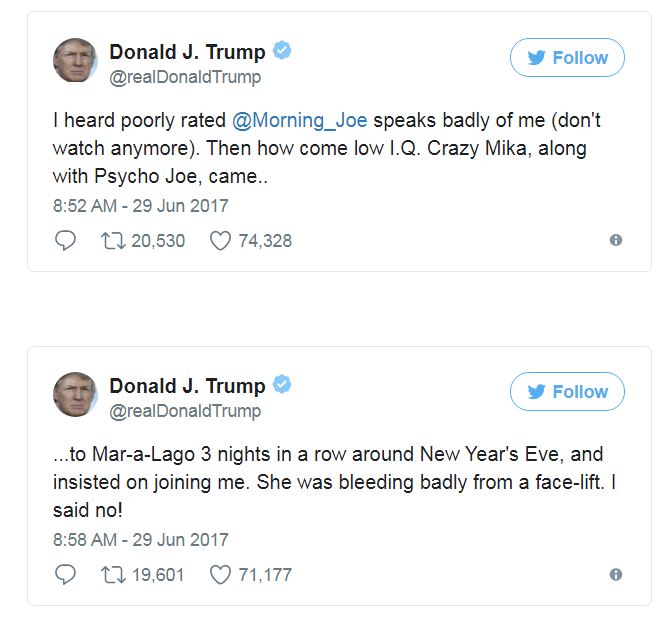 We have seen a civility crisis in America. 84% of Americans have experienced incivility, while 69% of them blame the internet and social media, 59% say they have removed all politics from their life to elevate the negative tone in conversations both online and off.

The question: What do we tell our children when the people we should respect are the ones acting like bullies or being disrespectful to others?

As we saw with the Harvard students, even the best and the brightest make stupid choices.

This is a case where we have to use headlines as an example of no matter who you are (even if you are the POTUS), it doesn’t give you the right to insult others. As a matter of fact, not only is this entirely crude and inappropriate comments, if an average person had Tweeted it, it’s likely they would have been fired or  suspended from their job or school. These are times when parenting has to be a priority – and you can’t condone this behavior.

Whether you believe the president is smart or not, he was elected into office. The takeaway message to our youth is “even smart people make not so smart choices — online.” There is simply nothing right about these Tweets.

Don’t allow these headlines to go in vain — talk to your teens about them. Chat about why they are crossing the line. Take a closer look at how you can become an upstander rather than allowing this cyber-cruelty continue, especially with your own peer group. Even public figures and celebrities have feelings. Don’t ever be part of a mentality of forwarding or RT’s these mean Tweets.

So many lessons here. Let’s not allow them to go to waste.

Before you Tweet it, post it, text it or comment on it — pause, how is it going to reflect you? This is your online resume you’re putting out there.