Survey Shares Most People Believe Teachers Should Be Role Models

We face a crisis in which people from all walks of life are in jeopardy of losing their jobs, risking college acceptances and scholarships and even relationships due to careless online posts. 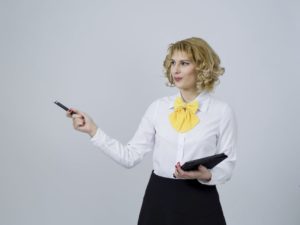 Educators are probably among the most vulnerable because they are constantly scrutinized not only by their students, but by parents and the community. They are held to a higher standard, especially when it comes to reputation-damaging online behavior.

Who are the role models?

In a recent YouGov Omnibus survey, 47 percent of Americans said they have a female role model in their personal and/or family life. The next most common areas are entertainment and arts at 35 percent. Closely behind are educators, at 31 percent. Teachers are students’ role models, not only in the classroom but online too.

Why do we post things that we know could get us in trouble? Are we not thinking it through in the heat of the moment, or do we think no one is paying attention? Are we simply naive, thinking that what we say is only among friends? Or are we the opposite, craving the approval of all those likes or retweets?

As we saw, so many times, these messes can be entirely of our own making. Your online behavior should be the best reflection of who you are offline, but so many of us don’t live up to that ideal. Teachers are no exception; on the contrary, their actions are magnified.

5 Ways to be a grown-up online

4. Write as if the world is watching. (Most of the time, they are).

5. Be constructive, not combative with conversations. Tempers flare, anger is temporary, online is forever.