In an earlier blog post I wrote about how, It’s Just Not Funny, the fact is, just because a person is famous it doesn’t give people a right to be cruel to them and it certainly doesn’t mean that they don’t have the same emotional feelings an average person does.

Actress Leslie Jones, recently in the hit Ghostbusters, was in a cyber-warfare on Twitter that no one should have to face. It reminded me of what Zelda Williams went through when her father, Robin Williams passed away.

Leslie Jones didn’t back down as these internet trolls were firing cyber-bullets at here from racist comments to insults in all forms. She shot back and didn’t spare any words or keystrokes. As someone in her position, she’s able to do this, whereas an average person typically has to be more cautious. However it doesn’t mean that Leslie doesn’t have feelings too. She was at one point asking for help.

I reached out to her agent, and unfortunately she wasn’t available.  We would love to speak with her regarding SHAME NATION, this culture of cruelty, and how it can quickly turn to a digital warfare. What makes people believe they can treat others with such venom? Is it a sense of empowerment since they are behind a screen? It’s refreshing when people like Leslie Jones and Jennifer Aniston can use their voices to fight back, but at what cost? We know they have feelings too. So with that – we thank them and applaud their efforts as they have to tolerate the troll-trash online.

Leslie Tweets she realizes why some celebrities don’t have Twitter accounts now (see below). 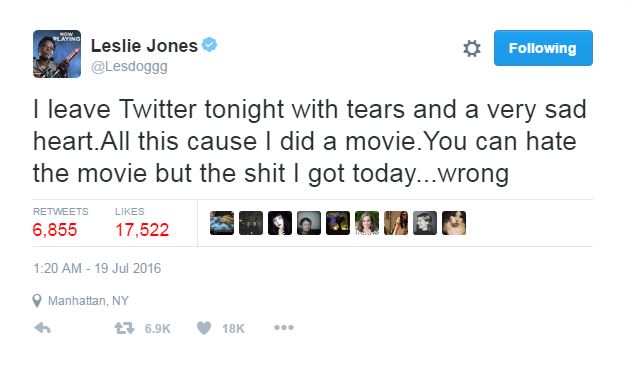 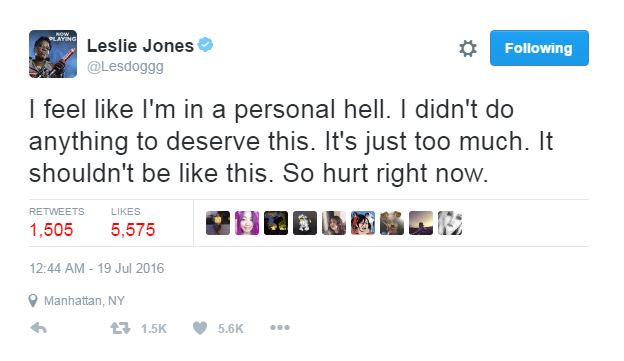 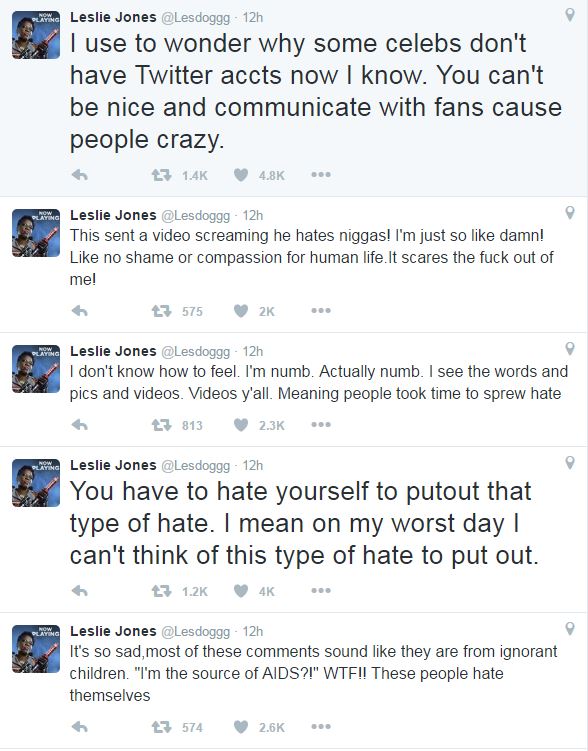 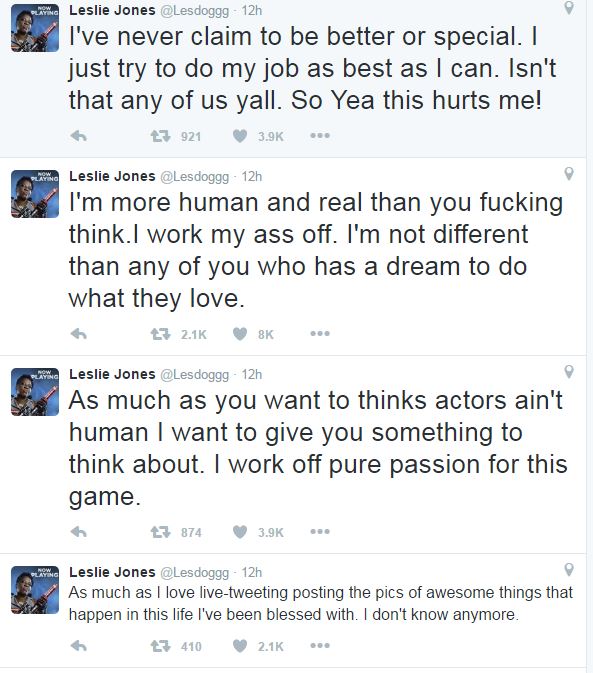 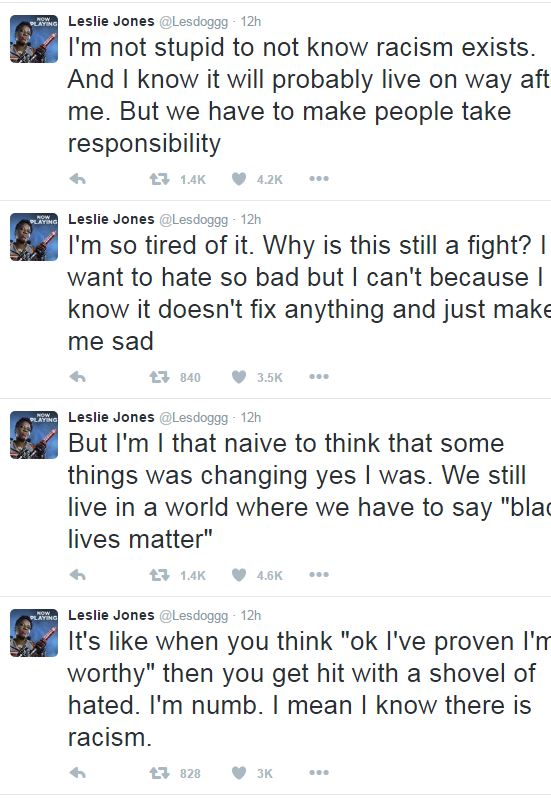 If you’re being abused online or harassed, visit our resource page for organizations that can help.