Most adults have been in relationships that have come to an end. Some end mutually while others are not so pleasant. 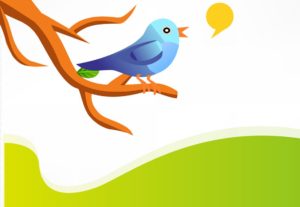 Social media allows people to quickly update their relationship status, which sometimes can be hurtful and other times helpful. Like all areas where love is concerned, it can be confusing and painful at the same time.

What would happen if you dated someone for any length of time, enough time to believe you meant something to each other — and then it comes to an end?

Lutz, a UCF student took to Twitter to publicize a letter he received from his ex-girlfriend after they broke-up, which in my opinion, is one of the lowest forms of embarrassment.

Since most people understand we are very much in a digital world today (what goes online, stays online), I’m assuming the ex-girlfriend took to handwriting a letter with the assumption it might be safer.  How wrong she was.

After spilling her heart out on several note pages, she quickly realized her ex-boyfriend not only graded it as if he’s a teacher (with a red pen), he tweets it out for the world to see. Cyber-humiliation 101 in my opinion. This tweet received 121K retweets and 357K LIKEs. That’s a lot of social exposure for two people that were unknowns. 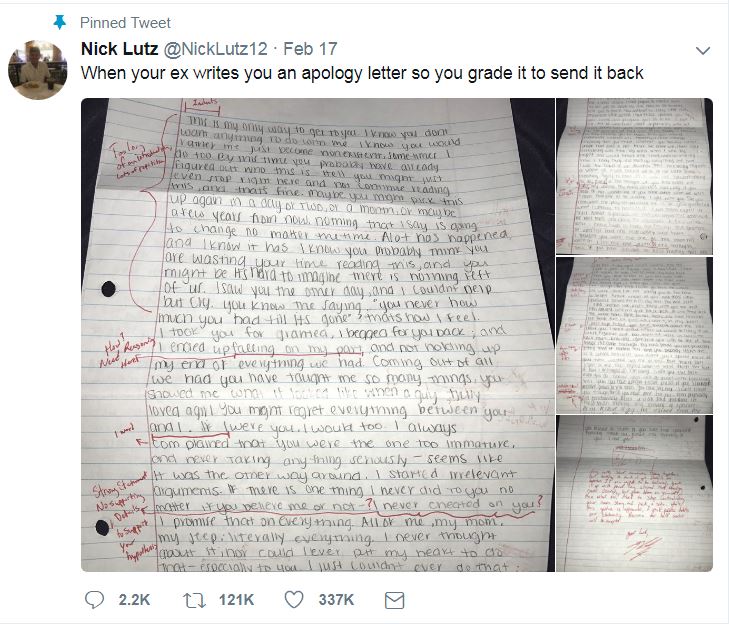 The school believes the tweet warrants the university to suspend him for two semesters and put him on probation because it breaks their code of conduct.

So what did Nick Lutz grade this letter? He believed it warranted a ‘D’ and says according to ABC Action News, “While this gesture is appreciated, I would prefer details over statements. Revision for half credit will be accepted.”

UPDATE: As of July 21st, 2017, according to the attorney for Nick Lutz he is allowed back at school and the suspension was lifted.

Lessons from yet another headline. We’re in a world today that people need to learn to communicate face to face or possibly run the risk of their notes, emails, texts, cards or other forms of messaging to be exposed and poked at. It’s no different than when we are in public places, never assume you’re not being recorded – with 92% of Americans with cell phones, the likeliness of someone taking a video at your worst moment is not impossible.