When Public Shaming Seems to be Acceptable

As someone that experienced both Hurricane Andrew and Wilma in South Florida, the devastation can be literally terrifying. People are misplaced, homes are lost and (if you are an animal lover) your pets can be gone — forever. It’s simply a tragedy.

Unless you have lived through one of these natural disasters, it’s almost difficult to imagine what these people are going through.

We can send our prayers, donate through a text and send food and clothing through organizations, but what if you have housing that is standing and available? What if you have more than you need? What if you are even a man of God? What if you preach about taking care of neighbors? Then Hurricane Harvey hits your area — and you don’t open your arms to people in need?

What happened to Joel Osteen? The man that most people love to get spiritual inspiration from? The man that always has some analogy that can lift you up? Did he forget what he preaches?

Although I’m not a proponent of online shaming, in some cases, this is all we have. It was days of the public social media shaming that woke-up Joel Osteen to open-up his doors.

In Shame Nation we discuss another case where cyber-shaming was all we had.

The name Brock Turner first entered the national consciousness when the Stanford undergraduate was convicted of raping an unconscious twenty-two-year-old woman behind a frat-house dumpster. The anonymous victim wrote an impassioned letter that managed to stoke an entire nation’s sympathy. Outrage only grew after Judge Aaron Persky doled out a paltry three-month sentence. “Shame on you,” one irate juror supposedly wrote in a letter to the judge.

Stymied, we the people felt that our legal system had failed.We raged, we blogged, we vented, but finally, all that was left was to enact vigilante justice. And so Brock Turner was essentially sentenced to social media jail, ensuring that at least his reputation would be destroyed for all eternity. Upon his release three months later, the shaming resumed, with Facebook memes of Brock’s smiling headshot, superimposed with the words my name is brock i’m a rapist, reaching more than a million shares.14 Facebook pulled some of the posts, citing its antibullying policy, then reinstated them, stating that protection does not apply once people have entered the “public interest.”

Shaming was all the public had, and it will have to be enough.

What did Joel Osteen endure? 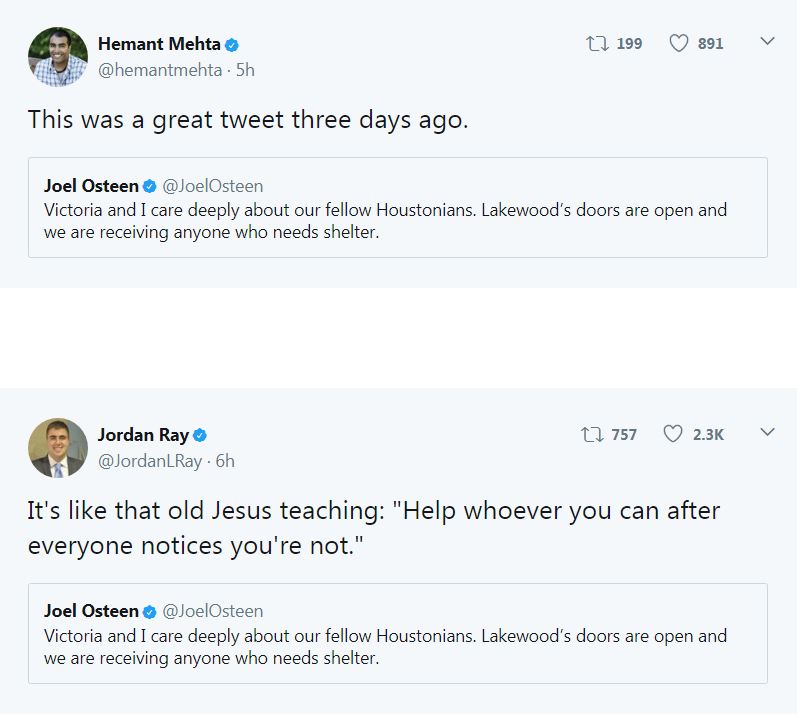 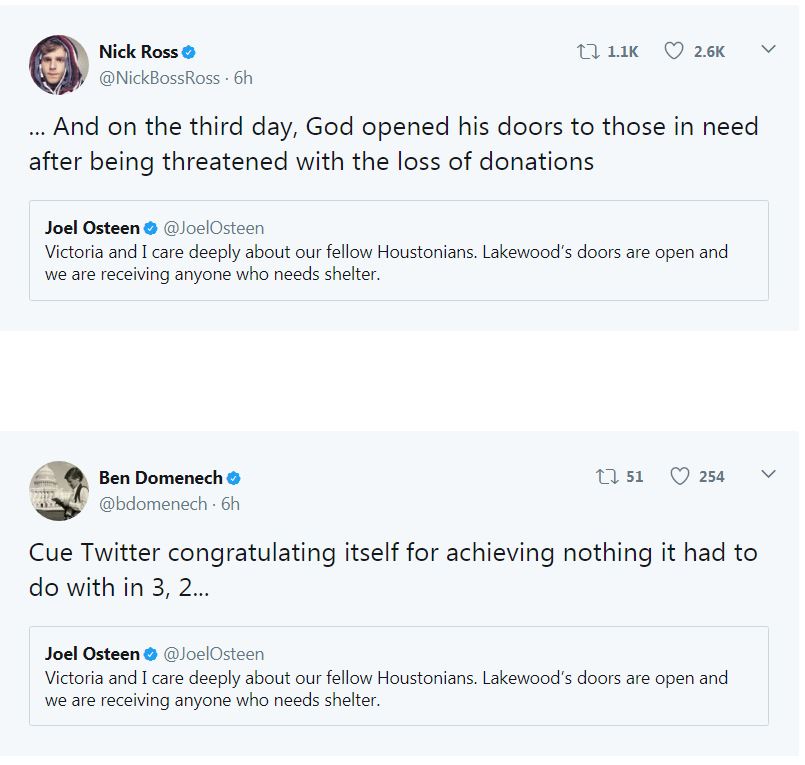 As of August 29th, Joel Osteen, after the public outrage, opened his Lakewood facility. It’s a shame he didn’t do it immediately.